KiDi is presently on tour in Europe with his labelmate and friend/competitor, Kuami Eugene.

The pair performed a gig that night in Munich, Germany, and are currently touring around Europe.

Online videos from the concert have appeared, and they offer us a wonderful understanding of what transpired.

After a video of him grinning at a German fan went viral, KiDi in particular is creating quite a fuss. In the video, KiDi is onstage playing his famous song Touch It.

The excited female fan rushed onto the stage to assist him in singing the popular line, “Shut up, and bend over.”

KiDi grabbed her and tipped her over while the song’s words played in the background, exemplifying what the lyric implies.

Before ultimately leaving the stage, KiDi thanked the fan and repeated the gesture while the hook played one more.

Watch the video below;

My EP Will Be Out Early Next Year – Kofi Kinaata Reveals 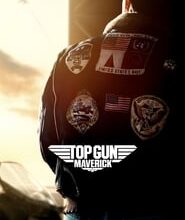